Harry has over 40 years of financial experience that he has developed through tireless efforts in a variety of executive positions in the federal government and Fortune 50 corporate management. His academic credentials include a degree in Accounting from the University of Illinois Champaign-Urbana, becoming a CPA in 1973, and an MBA in Comptrollership from Syracuse University in New York. In addition to his tax practitioner work, he is searched out as a tax and accounting teacher and lecturer. In 2007 he added the Enrolled Agent (EA) designation to his list of credentials. In 2014 he was named a Fellow of the National Tax Practice Institute by the National Association of Enrolled Agents. Harry is a lifelong learner with an ability to make those around him better and more informed. Since bringing these qualities to his role as a tax practitioner, Harry has helped countless families and owners of small and medium sized businesses develop and implement tax saving strategies while also advising on a broad range of financial and tax matters. When issues arise between taxpayers and the Internal Revenue Service (IRS) or state tax authority he uses his experience, knowledge of the tax code and IRS procedures to resolve these conflicts in the most expeditious and least costly manner possible. Harry’s current focus is on IRS representation and tax consultation for his clients.

Todd has 18 years of tax preparation experience where he has helped clients with a wide spectrum of tax issues including individual taxes, small business, trust/estates, nonprofit, and representation before the IRS. Todd began his professional career in the Air Force after graduating from the Air Force Academy in 1987 with a BS in Computer Science. He has worked as a Pilot in the Air Force, Air Force Reserves and at United Airlines. In 2007, he was federally licensed as an Enrolled Agent allowing him to better help resolve potential tax issues. Todd’s passion is analyzing each clients unique tax situation and finding the best options for navigating the IRS Tax code to make smart financial decisions.  Todd is a resident of St Charles and is a board member of a local non profit organization that maintains the landscaping in the Fox Chase Boulevard area. When not busy with tax work, Todd enjoys traveling and aviation history.

Carol is a Graduate of DePaul University with a BA degree in Economics. While her early career was focused on Human Resources and Office Management, she soon started her own business and ultimately focused her attention on tax preparation. Carol has been doing tax work since 1999 and became an Enrolled agent in 2012. She has vast experience in business, payroll and sales tax and is skilled in bookkeeping issues. Carol is on the board of several not-for-profit organizations including Fox Valley Chapter of the Illinois Society of Enrolled Agents and her Snowmobile Club. When she is not doing tax work you can find Carol in her cabin up north churning up snow in her snowmobile. 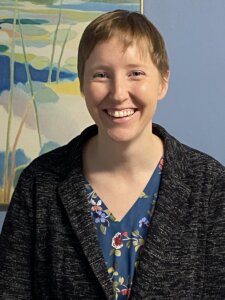 Emily brings to the firm an impressive accounting resume which she backs up with intellect and a passion to help clients. While she grew up in St Charles, she obtained both her BS and Master’s degree in Accountancy from Case Western Reserve University in Ohio. For 10 years she progressed through various accounting positions in downtown Chicago with much of her work at Ernst and Young culminating as a Manager of Financial Accounting and Advisory Services. Emily has seamlessly pivoted to leading our efforts to provide detailed CFO consulting for business clients along with advising her tax clients. When not in the tax office, Emily is busy raising the cutest daughter in the world.

Pat has spent her entire career in accounting and tax . She worked in various accounting and comptroller positions for 20 years before she brought her talents to taxation. In 1989, Pat became an Enrolled Agent and started her own successful tax business.  In 2014, after 29 years, Pat decided to focus her energies on her other passions and sold her tax business. She currently is a board member of various community organizations where her participation is prized for her managerial and accounting skills. Last year Pat completed a long time goal and became a University of Illinois Master Gardener.

We are extremely fortunate to have Pat on our team where she specializes in complex individual and small business tax returns as well as estate taxes.

Sue has 38 years of office administrator experience within the greater Chicagoland area with roles in Construction and Tax firms. Her attention to detail is a crucial part of keeping the office running at peak efficiency. She is well versed in various accounting programs and the bedrock of our payroll and bookkeeping services. She is a proud alum of the Hinckley–Big Rock High school and graciously volunteers her time as the President of the Big Rock Historical Society. When not in the tax office, Sue enjoys genealogy and has been known to escape to Mexico beaches when it starts getting cold outside.

What is an Enrolled Agent?

What is an NTPI Fellow?

Learn Why We Are Different